Today is dedicated to all the people I forget to appreciate – Cal Trans workers who have absolutely made this walk possible, UPS, cement truck and PG&E drivers who smile and wave even though they are on-the-job, letting their humanity burst through. Speaking of which, kudos to the designers/builders of the bridge just south of Elk – The only bridge between Jenner and Fort Bragg that seemed to be engineered toward pedestrians at all.

I continue to be grateful and humbled by the many people who stop to connect, ask, listen, and share. Just before Elk it was Amy, Adilade and Grant—a Symposium family. Grant will be graduating from Symposium first session – this is his last year. My mind goes back to my own three sons and their celebrated, or uncelebrated, graduations – how hard I tried to get the men in their lives to step up and welcome them into…something. I think about my young friend Cedar and how unsupported he was by the men in his life.

I envision that it is the coming generations of men -like Grant- who have grown up within the cradle of Symposium (and similar programs) who will lead the way in learning to support those who follow. This is so important! As hard as the challenge to women has been throughout time, we do seem to have a strong, mutually supportive network and a natural tendency toward self-love/compassion. I don’t see that as much in the men’s world.

Just after Elk was Harbor House, where I met a young man, Joseph, of the Chaco tribe. He was working in the kitchen, but I met him out by the recycling at the road. Joseph was interested and inspired to hear about the gifts Symposium offers toward empowering women. I told him that Symposium existed as a gift to all of us and shared my story of Cedar’s suicide with him.

Right next door, four men and one woman, all older than me, were restoring an old house tottering cliff-side. They offered me a phone charge, tea, good conversation, bacon, eggs, waffles, rides, and clean socks. I took them up on the first 3 – such generosity! Filled by the smell, and welcome heat, of the mint tea, I got into a conversation with the elder of this group, Barney, who said he was in his 80’s. We arrived quickly at the same topic that I’ve been spinning with – how to support coming generations of men.

“Men just can’t support other men in that way”, Barney said, “They are afraid of love.”

Later in the conversation though, he acknowledged that coaching young, male athletes was his contribution to this effort.

Mid afternoon, I ran into a cyclist who educated me about hiker/biker, always-available campsites at state parks. He said the next one was at Van Damme and with a little figuring, I realized that was a good goal for this night. Close enough to Fort Bragg, I sent out a quick invitation to a pop-up potluck to those I thought might be around.

I dragged into Van Damme shaking with cold and collapsing with fatigue around 5 pm. Looking at the campground map I was discouraged to see that the hiker/biker site was another 1/2 mile in.  I laid down on a picnic table for half an hour to rebuild my fortitude. Then, with the help of a kind camp attendant in a golf cart, I shlepped my stuff back. He recognized me from the road, and was respectfully inspired.

You might imagine from all these descriptions of exhaustion that my pack was monstrously heavy – quite the opposite. I have delighted in its lightness every morning putting it on (<40 pounds). Something happens during the day, though. It gets so heavy I can barely lift it. I know I am having some trouble digesting, with so much time in the sympathetic/stress mode of walking. I get heartburn, which is in this case an indication of not enough hydrochloric acid in my stomach to digest the protein-heavy diet I set myself up with. Humans (and all other species I know of) need lengthy stretches of relaxation during the day to digest efficiently.

My sister, Kerin, and son, Zander, fulfilled my wish for a pop-up potluck, showing up with the first hot food I’d had in a week. I am so blessed. 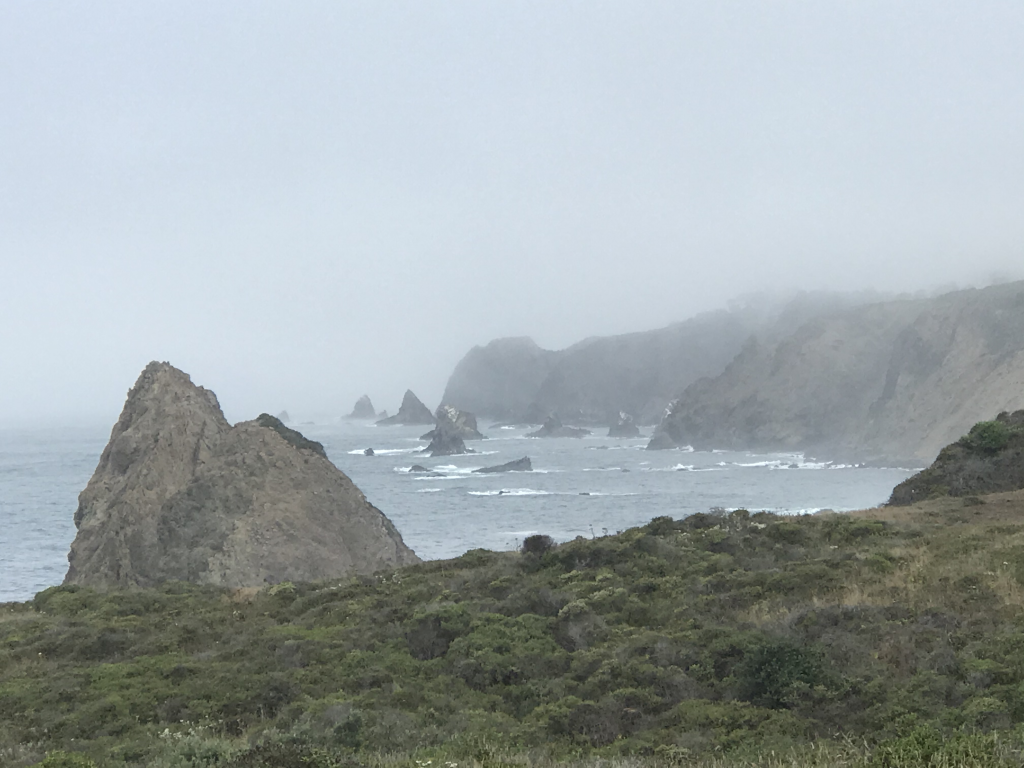 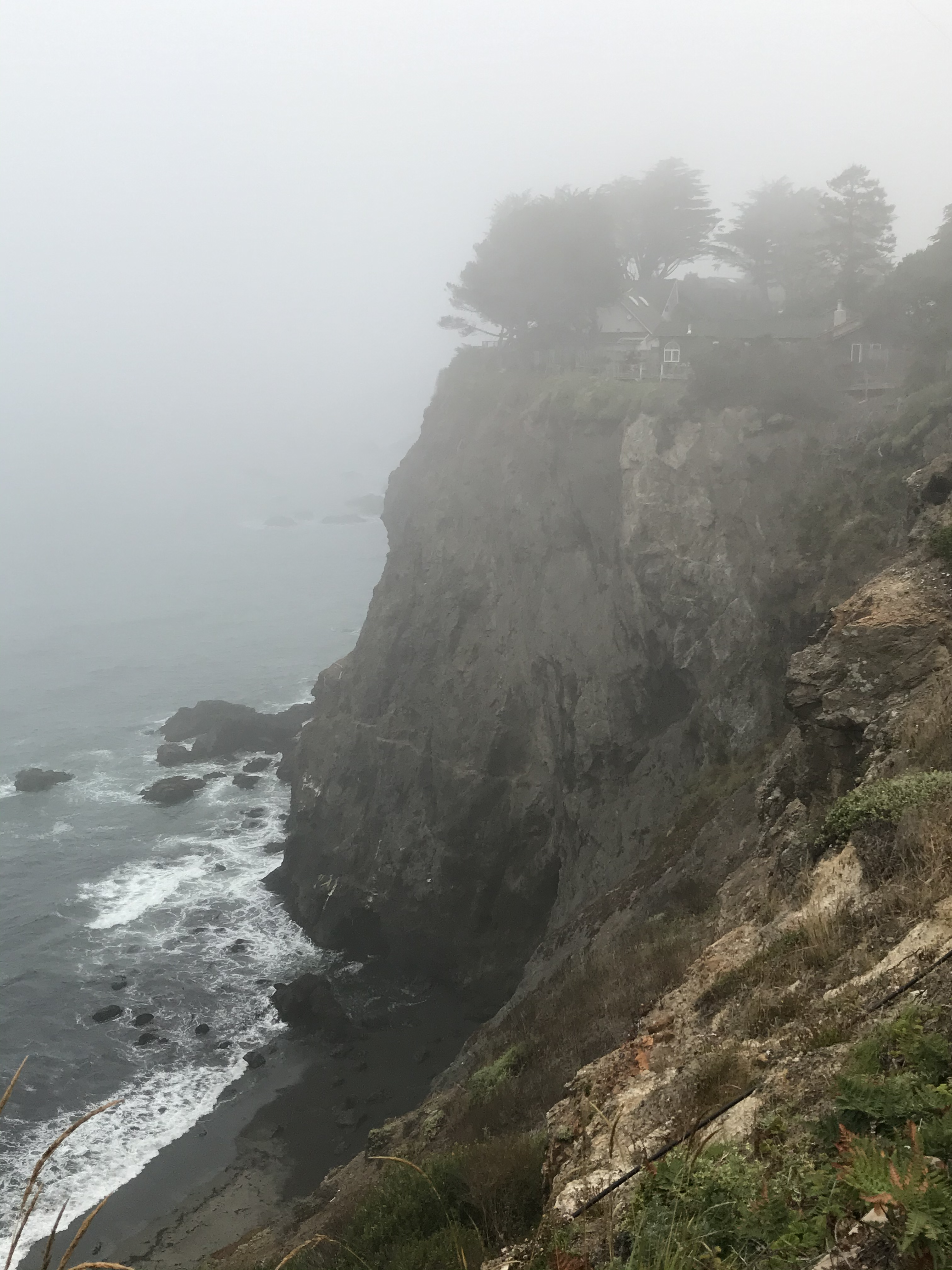 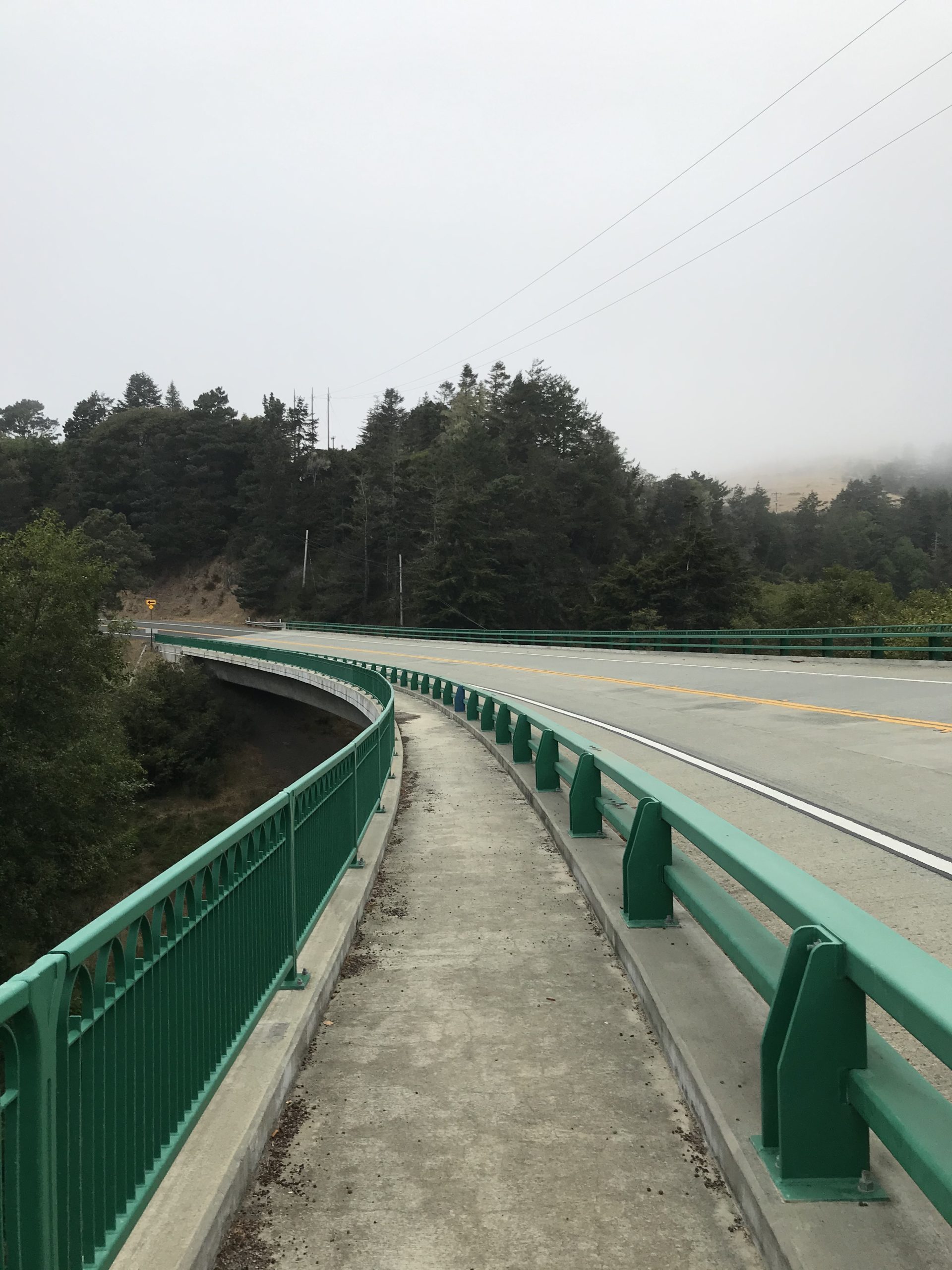